Who emits CO2? Landscape of ecological inequalities in France from a critical perspective 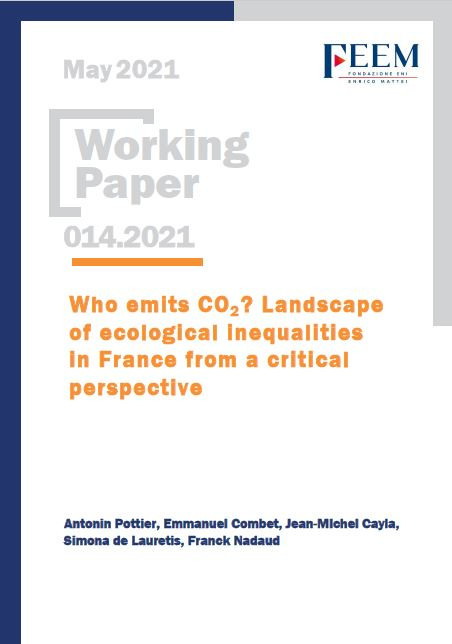 This article provides a panorama of greenhouse gas (GHG) emission inequalities between French households. It presents in a detailed and critical manner the methodological conventions that are used to compute “household emissions”, including the related assumptions. The most common responsibility principle, the “consumer responsibility”, assigns to households the emissions of the products that they consume, resulting in the carbon footprint. It focuses attention on the contributions of individuals, on their choices, and it may obscure the role of non-individual actors and also the collective component of GHG emissions, and it neglects the dimensions of responsibility that are not related to consumption choices. We estimate the distribution of household carbon footprints based on data from the 2011 French Household Budget Survey. Household emissions tend to increase with income, but they also show a strong variability linked to geographical and technical factors that force the consumer to use fossil fuels. Based on sectoral surveys (ENTD 2008; PHEBUS 2013), we also reconstruct household CO2 emissions linked to housing and transport energy. For transport, emissions are proportional to the distance travelled due to the predominant use of private cars. Urban settlement patterns constrain both the length of daily commuting and access to less carbon-intensive modes of transport. For housing, while the size of the dwelling increases with income and distance from urban centres, the first factor to account for variability of emissions is the heating system: this has little to do with income but more to do with settlement patterns, which constrain access to the various energy carriers. Finally, we discuss the difficulties, both technical and conceptual, that are involved in estimating emissions from the super-rich (the top 1 percent).