Commuting in Europe: An Inter-regional Analysis on its Determinants and Spatial Effects 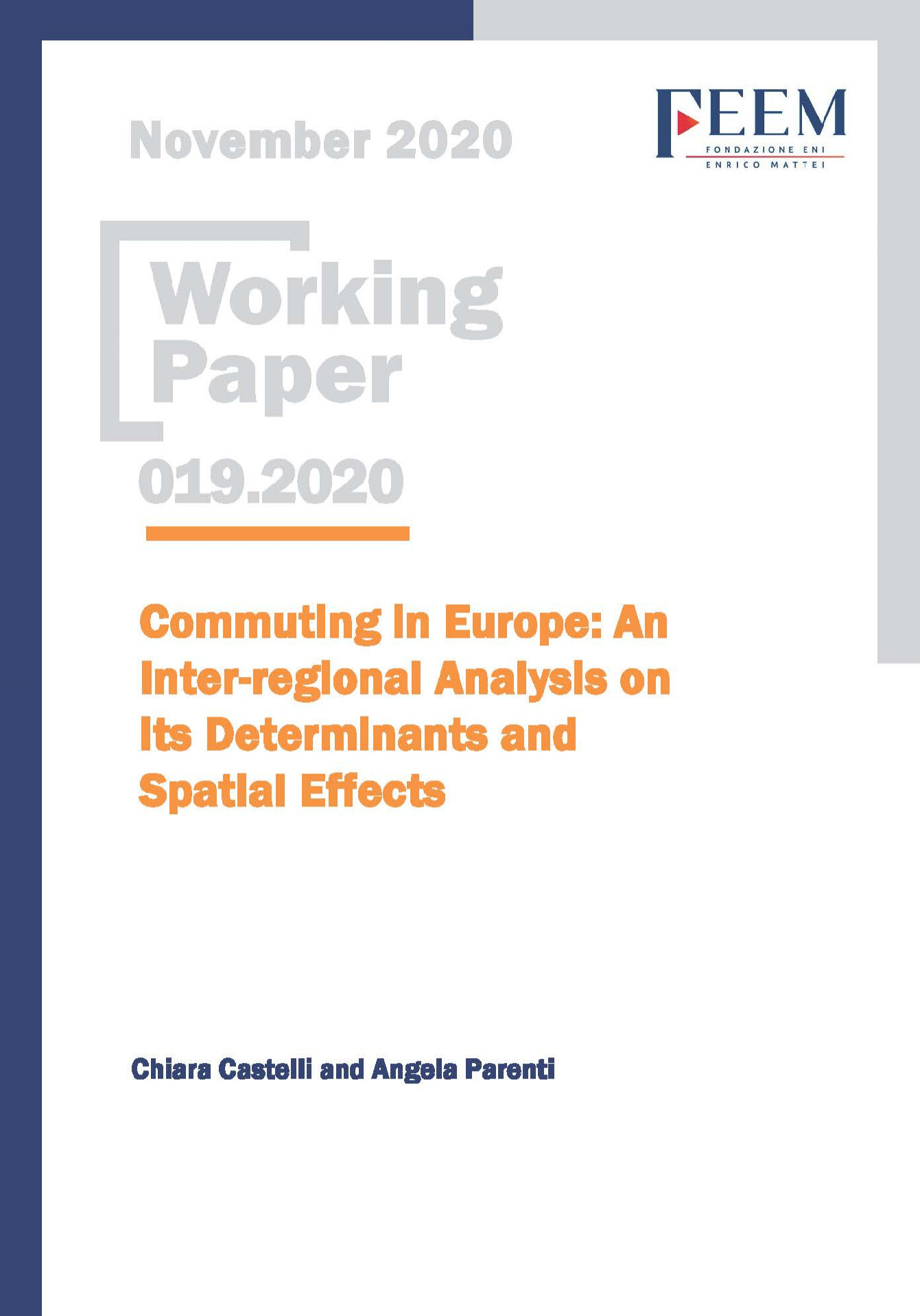 Commuting shapes countless everyday-lives around the world, with dynamics varying from city to regional and cross regional level. Taking as reference the free-movement EU-28 area (plus Switzerland and Norway), the analysis considers a total sample of 195 NUTS2 regions over the decade 2007-2017 to depict regional cross-border dynamics, thus including the impacts of the 2008 financial crisis. The tested presence of spatial interactions among regions leads to the adoption of the Spatial Durbin Model in a panel context, thus including fixed effects in order to eliminate any time influence on variables as well as any regional idiosyncrasy (i.e. cultural, institutional etc.). The outcoming analysis highlights the potentiality of temporary contracts in preserving jobs during crisis, as they offer a flexible tool for employment adjustments. Moreover, the regional specialization in the knowledge sector is found to be an important attractor of external workers as well as a relatively effective retaining factor of the domestic labour force. But there are also other factors affecting mobility. For instance, the perceived commuting distance significantly depends on the time needed to reach the corresponding workplace and this study finds that the more diffused is the transportation system (in terms of highways’ density) the higher the commuting outflow. A similar impact is found with respect to housing costs, that is the cheaper is the relative house price of the region of residence with respect to the surrounding territories, the more travel-to-work becomes an attractive option, even in its extend of long-distance commute. Finally, a last strong push factor of mobility is found in the lack job opportunities, here expressed as the unemployment rate differential for each single territory with respect to its surroundings. Indeed, the higher the lack of job opportunities in the domestic market with respect to its neighbours, the higher the share of workers that will try to seek their fortune crossing the regional border.