Green Hydrogen: the Holy Grail of Decarbonisation? An Analysis of the Technical and Geopolitical Implications of the Future Hydrogen Economy

Energy Markets and Technologies
Global Governance and Policy of Energy 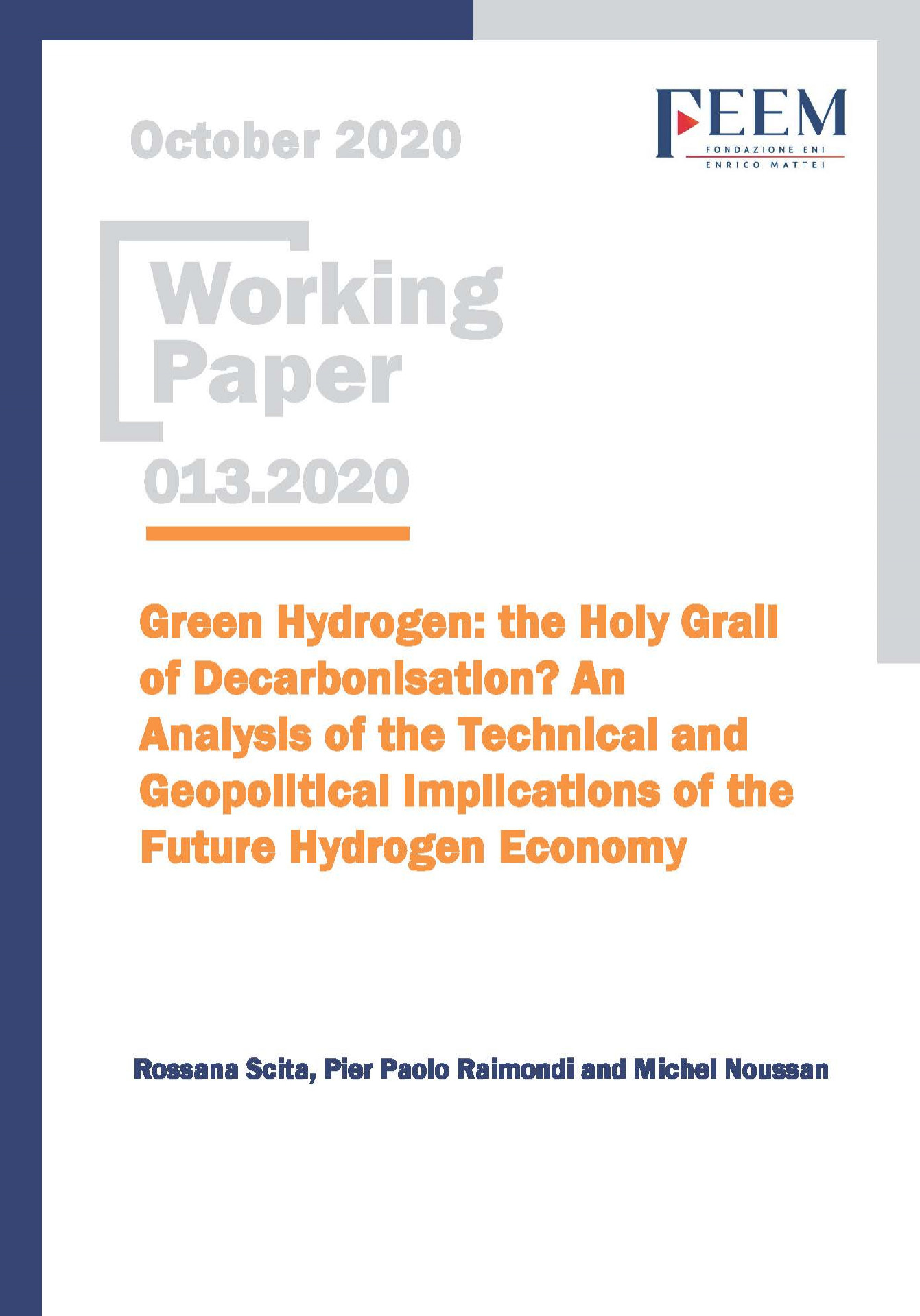 Hydrogen is currently enjoying a renewed and widespread momentum in the energy market. In the last years, demand for hydrogen has substantially increased worldwide, with several countries developing hydrogen national strategies, and private companies investing in the development of hydrogen related projects. Green hydrogen’s environmental sustainability and versatility contribute to its representation as the holy grail of decarbonisation. This working paper challenges this definition, by analysing the historical process which contributed to hydrogen’s rise, showing the current uses of hydrogen and the major obstacles to the implementation of a green hydrogen economy, and assessing the geopolitical implications of a future hydrogen society. Particularly, the paper shows that the hydrogen economy is still far from becoming reality. Even though investments in green hydrogen technologies and projects have increased over the last decade, there still remains a high number of unresolved issues, relating to technical challenges and geopolitical implications. Nonetheless, a clean hydrogen economy offers promising opportunities not only to fight climate change, but also to redraw geopolitical relations between states. The energy transition is already taking place, with renewable energies gradually eroding the global energy system based on fossil fuels. A global transformation, set in motion by the need to decarbonise the energy system, will have the potential to redraw international alliances and conflicts. In this context, hydrogen may play a crucial role. By 2050, hydrogen could indeed meet up to 24% of the world’s energy needs, thus highly influencing the geopolitical landscape. In this regard, the choice over which pathway to take for the creation of hydrogen value chains will have a huge geopolitical impact, resulting in new dependencies and rivalries between states. Conclusively, if national governments are willing to spur the emergence of a green hydrogen economy, they should heavily invest in research and development, encourage the development of a clean hydrogen value chain, and promote common international standards. Moreover, they should also take into account hydrogen’s geopolitical implications. If the hydrogen economy is well-managed, it could indeed increase energy security, diversify the economy, and strengthen partnerships with third countries.