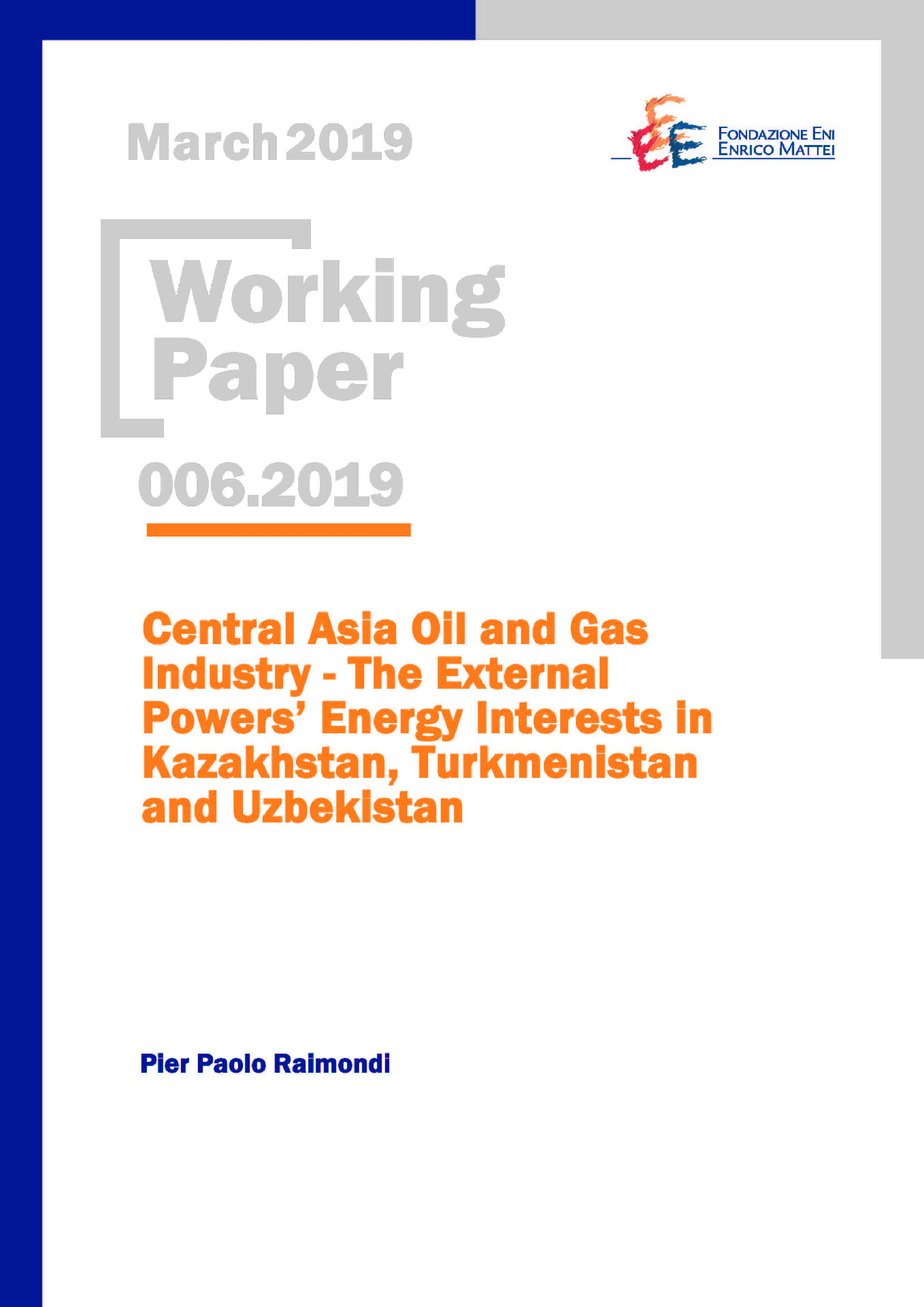 After the Soviet breakup, Central Asia has gained importance for several States because of its geographical location and abundance of hydrocarbon reserves. These hydrocarbon reserves are located mainly in three countries: Kazakhstan, Turkmenistan and Uzbekistan. Each of them has taken different path regarding its foreign policy and the regulation of investments and participation of external companies and States in its energy sector. Through the development, production and export of their oil and gas reserves, they have pursued a ‘multi-vector’ policy, consolidating differently their relations with other countries. The main States involved – at different levels and for different reasons – in the oil and gas sector of the Central Asian countries are: Russia, China, United States, European countries, Iran, India and Turkey. Among these players, Russia considers Central Asia still part of its sphere of influence for historical reasons, while it has to deal an increasing presence of Beijing. The Western countries has gained influence particularly in Kazakhstan, but they have no political leverage in Turkmenistan. This working paper provides an overview of the current situation of external players’ interests in the oil and gas industry of Kazakhstan, Turkmenistan and Uzbekistan. The working paper is structured into four different sections. In the first section, the paper gives an overview of the main interests and pillars of external involvement in Central Asia as a region. The other three sections are devoted to provide separately the current status of energy relations between each Central Asian country and external players, starting from the closest countries (Russia and China) to the regional ones (Iran, Turkey and India) until non-regional countries (United States and European countries). During these analysis, investments in the oil and gas sector as well as energy export routes and volumes are highlighted in order to understand the current situation of the energy relations. At the end of each country section, the main trends and interests of the countries in the regional oil and gas sector are outlined.